Thousands of homes experience nasty and hazardous sewage backup. This can occur in either a yard or a basement. Both are terrible places. A yard could require new soil and grass, and basements are used as living space as well as storage space, so sewage spills in them can cost thousands of dollars to replace things, not to mention the structural damage that could be caused. 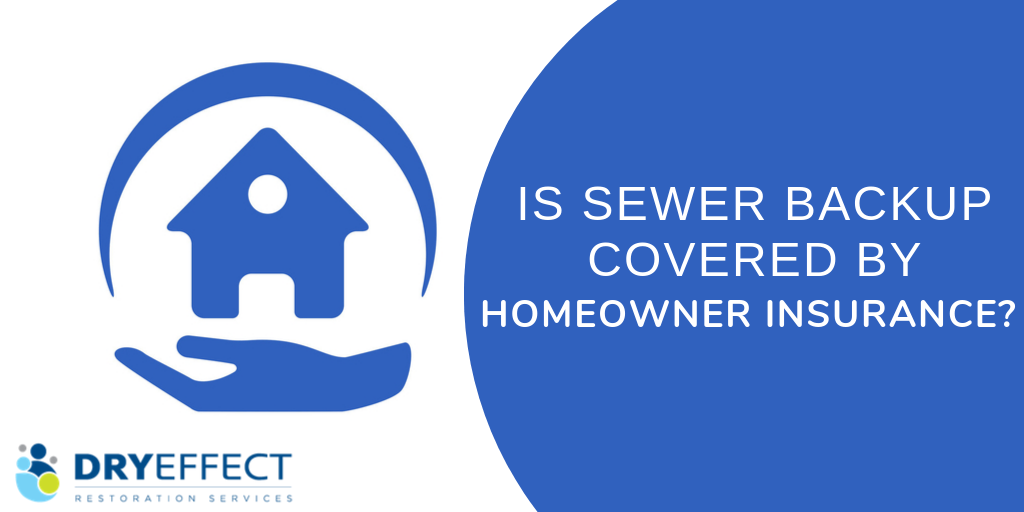 If you know the signs of sewage backup and can catch them, then you may be fortunate enough to fix it before a larger problem arises. Some people don’t detect these signs and end up with a mess they have to clean up and pay for out of pocket. Catching the signs would be great, but sometimes they’ll slip your mind, so why not have another safety net? You may have one and be aware of it or you may think you have one when you don’t. This will help you to find an insurance plan that covers sewage backups and figure out if you are covered.

What Is Sewage Backup?

Some people may go their whole life without knowing about their two types of plumbing which lead into the main line. There is a water supply and waste disposal. When the main line gets backed up there is nowhere for any water to escape to so the water supply becomes tainted and sewage begins to overflow. Sewage is filled with bacteria, parasites, and even fungi. Spills can be dangerous to clean up for anyone. The labor is intensive and time consuming. If you plan on cleaning it yourself, then you’ll be out of work for day, which will on make your pockets hurt more. Not only is cleaning the sewage dangerous, but it’s also bad to smell. Even at low levels of exposure the sewage can cause sore throat and eye irritation. The smell or gas the sewage creates is called hydrogen sulfide which is created with the bacterial break down of human or animal waste. The symptoms get worse with the longer you’re around the smell. A backup can be caused by a number of things, such as flushing grease, oils, wipes, or broken pipes. If your home is older the chance that you have a pipe infiltrated by tree roots is higher.

What Is Generally Covered?

Generally, standard homeowner’s insurance doesn’t cover sewage back, and for the small amount that do, they don’t cover much. You may end up out of pocket even if your plan does have coverage. The insurance is affordable. They can be as low as $160 a year. Some of these plans cover both flooding and sewage backup, but some only cover one or the other. The difference between the two insurances is that flooding happens when water enters the home through windows, doors, and etc, but sewage backup occurs through sewers and drains.

Precautions You Can Use To Avoid Sewage Backup

There are many things you can do to avoid a sewage backup. First, remember to not flush any wipes, oils, greases, or anything else down your drain. Proper flushing will prevent clogs. The natural piping issues such as tree roots can’t be helped. All that has to do with is the pipes not being PVC. You can check out your main line with a drain hose that has a camera attachment to determine whether or not the pipe issue is a natural or unnatural one. Tree roots mean you’ll need professional help because they’ll have to pull up soil and replace pipes. Also, when you’re not home consider not running any appliances that use water. If a sewage backup happens while you’re out, then the damage will be even worse. And last, know where your shutoff valve is in case a backup does happen. Shutting the water off will lower the amount of damage.

How To Gather Evidence

Once you’ve found your insurance plan you’ll need to know how to gather proper evidence otherwise you will be at fault for the damage, which means you’ll pay out of pocket. If you’re liable for the damage then it can’t be helped. You may be found at fault if for example you let the pipes in your homes freeze. Most other accidental claims are covered minus your deductible. To get proof simply take photos of your basement when it has no damage, and then take pictures after there is damage. You must be preemptive.

Overall general home insurance doesn’t cover sewage backup, but affordable plans can be found with enough effort. Be sure to have pictures before any damage occurs, and try not to clog your pipes with anything that shouldn’t be in them. Hopefully this article has helped you find a sewage backup insurance plan and how to prevent sewage backup in your home.

Does Cold Air Eliminate Odor?
Next Post:How do you get rid of the smell of raw sewage?