How Do You Do A Sewage Cleanup?

Cleaning up raw sewage can be a disgusting, smelly, and backbreaking task without the right guidance to help. Sewage cleanup spills are common in-home basements, but they can happen anywhere. If it happens in your home and you don’t have insurance or the money to hire a sewage cleanup crew, then this article is for you. The sooner you begin to clean the mess, the better because sewage has fungi, bacteria, and parasites. Before you begin cleaning up the sewage there are a few things you need to do. 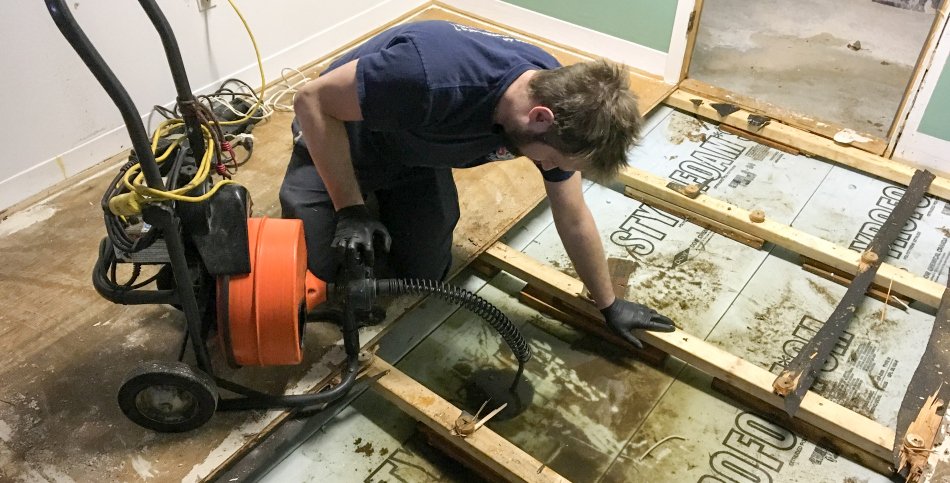 Open up doors and windows to ensure that there’s ventilation in the contaminated area especially if it is low humidity outside. You may be tempted to turn on the AC to fan the air but don’t because that could cause your AC to become contaminated. The ventilation will allow fresh air inside making it a less smelly. This’ll also help with the drying process.

In case you haven’t, turn off the power and disable the water. The power should be disabled in case there are any exposed wires. You’ll need the power off until all the standing water is dried out. If the pipe that caused the leaked sewage is fixed and the backup issue is fixed as well, then the water may remain on, but if not it, then it should be off. The last thing you’d want to happen is more sewage being added to the mess.

If there are any contaminated walls or objects in the area that are made of a material that absorbs moisture, then you should get rid of it. Things like wood hold on to bacteria, so it’s almost impossible to clean.

You’ll need towels or some old clothes. Any cloth will work. Make sure you have a lot. If you don’t have that many, then you should ask friends or buy some from a second-hand store. Whatever you use, make sure it’s something that can be discarded after the sewage is cleaned.

Buckets will also be needed. You can grab cheap ones from any supermarket. Don’t buy them too cheap because you want to make sure they don’t give out during the cleaning process. Shovels are a nice addition to the buckets. They aren’t needed, but they’ll be useful in case any of the sewage masses are dry.

After the cleaning, you’ll need fans and dehumidifiers to remove extra moisture. At some point the towels or whatever cloth you’re using won’t do the job anymore. You can grab these at your local hardware store as well. If you live in a dry area, then you may only need fans with open windows. But if you’re in a moist state, then the dehumidifier will be needed such as Cincinnati.

The last things you need are a pair of jeans, a long-sleeved shirt, water proof boots, and heavy-duty plastic gloves. This’ll protect you from getting too dirty, but it won’t stop it completely. If the area the sewage spilled in has sharp objects in it, then where layers of clothes. If you have wounds, then be sure to cover them with water proof bandages. With all of these things you’re ready, you’re ready to clean.

The mess may look like a perilous task, but with tenacity and the correct information it won’t take too long. To start off, you want to remove all standing water and sewage lumps. Start with the lumps of sewage first because they contain moisture themselves, and they could make the task of removing the water harder than needed. Shovel the lumps into buckets and dispose of the sewage. Some lumps may have hardened, so it could be hard shoveling those. After removing the lumps, use you towels or shirts to dry out as much of the standing water as possible. This may take a lot of time.

Once you’ve dried up as much standing water as possible setup fans and dehumidifiers to get rid of the moisture that’s still left. At some point, towels and shirt can no longer pick up the rest of the moisture. The dehumidifier and fan make sure to dry the place out, making the smell more bearable. But make sure the area is decontaminated before fans are placed in the room.

After that, all that’s left is to clean the area. Use bleach to kill all the leftover bacteria, fungi, and parasites. The best way to clean the floor would be by using a mop. After cleaning the floor with the mop, do a deep clean with a rag or sponge. Once you’ve cleaned up the mess, be sure to dump and clean the dehumidifier and fan because you’ll use them again to dry the cleaned room.

Now that you’ve finished cleaning, all you have to do is get rid of all of the clothes you used to dry the sewage. Anything plastic or metal, like the bucket, you don’t have to get rid of, but make sure they’re washed. That’s it. If you find yourself needing a professional to handle this daunting sewage cleanup call out a professional to help! Contact Dry Effect today.

How to Stay Safe During Flood & When to Call Flood Cleanup Company?
Next Post:How do I check my house for water damage?