Can Smelling Sewage Harm You?

The foul odor of sewage gas is something that can happen at any time, whether it’s due to poor pipe management or just pipe defects.

Getting rid of that foul odor as soon as possible would be the best thing for your health because that smell, even at low concentrations, can cause issues. If you smell sewage gas, quickly find the source and fix it. Finding the origin of the smell may be hard, but here you’ll find a checklist and ways to fix the issue. 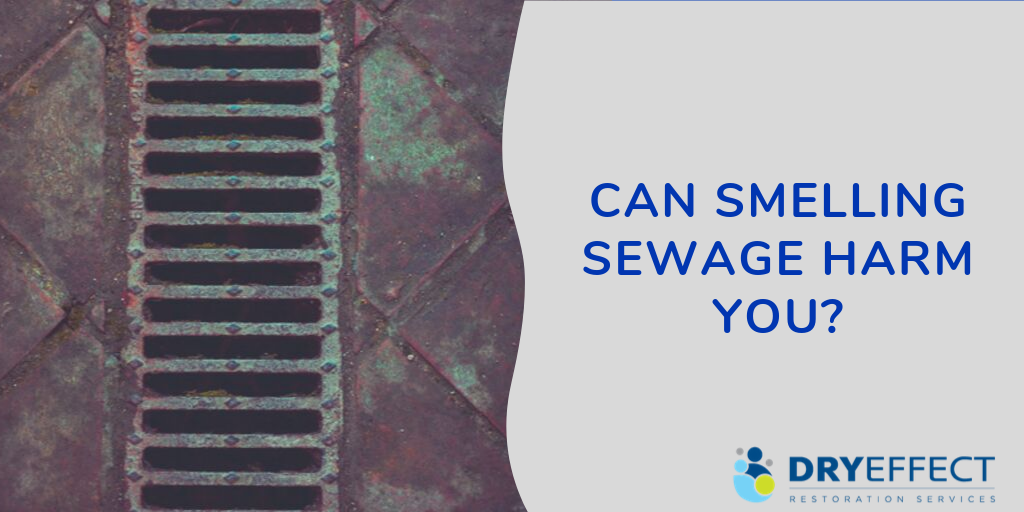 What is Sewage Gas?

Hydrogen sulfide, or sewage gas, occurs as a result of bacterial breakdown of organic matter. This happens in your drain pipes, and that smell can become worse with blockages.

Although, just because you smell sewage gas, doesn’t mean you have a blockage. The smell can come from other things such as garbage disposal, unused guest tubs or sinks, or even clogged pipes.

You can come into contact with hydrogen sulfide or sewage gas through smell, eye, or skin. Irrespective of the source, the smell won’t go away on its own. You’ll need to do something about it.

If you allow the gas to sit, it will only get worse. The levels of sewage gas that emanate from something such as a dried P-trap under a sink will not affect you as much.

But gas coming from a sewage spill could cause eye irritation, sore throat, and shortness of breath. The symptoms get worse as the exposure will increase. Being at that level for a long time can cause fatigue, headaches, poor memory, and irritability. In fact, the gas at the lowest levels could be depressant.

How to Find the Source of the Sewage Gas?

If your home has no guest rooms, then you don’t have to worry about dried out P-traps. If you haven’t had any sewage spills in your home, then you can cross it off the list. If those are off your list, then you’re now left with clogged pipes and garbage disposals.

Rundown water all your drain, and if any of them have pooling water then you know that it’s clogged. The garbage disposal should have a distinct smell that you can only smell when near it. So, give it a smell test. This should help you find the origin of the smell.

How to Get Rid of Sewage Smell?

If the source of the gas is a sewage spill, then the only way to fix it is to have it cleaned up. You can DIY or hire a plumber and a cleanup crew to take care of the mess.

In case you plan to do it yourself, consider working with a gas mask on as well as a plastic cover all over your body. It will lower your chances of infection and sickness.

If you’re having a cleanup crew, then you may want to sleep in a hotel to avoid any health effects from sewage gas. For dry P-traps the only thing you have to do is rehydrate them. Run water down the drain of the tub or sink once a week.

Dry traps are caused by water evaporation due to low usage, so running the water every so often will fix the problem. Garbage disposal stink can be fixed with ice, dishwashing liquid, and bleach. Plug and fill the sink with ice and water.

Use enough ice so there is about a layer and a half. Put the dishwashing liquid inside, turn on the disposal, and pull the plug. The ice will break up any gunk in there. Once all the ice is flushed, pour a cup of bleach and let that sit for four minutes.

For clogged pipes, you can use a drain cleaner or you can use household items to clean it out. Pour a combination of baking soda and white vinegar down your drain. Let it sit for two hours, then flush it thoroughly with water, then pour in half a cup of chlorine. Run hot water down your drain, after two hours, and your pipe will be unclogged.

Hopefully, this article has helped you to better understand how smelling sewage gas can cause harm to you. With this article, you should be able to deal with the issues of sewage gas safely and effectively. If the problem persists after going through all of the DIY techniques, then get help from a professional plumber.

What Gets Rid of the Smell of Urine?
Next Post:How To Protect Your Building Against Water Damage?