Do Plumbers Clean Up After Themselves?

If you’ve ever hired a plumber, then you know how messy their work can get. Whether it’s something as simple as a leaky faucet or something as bad as sewage backup, their work seems to get dirty either way. Whatever mess they make, they should clean up. Here you’ll find out whether or not plumbers do clean up after themselves, and how to find the right plumber for you. 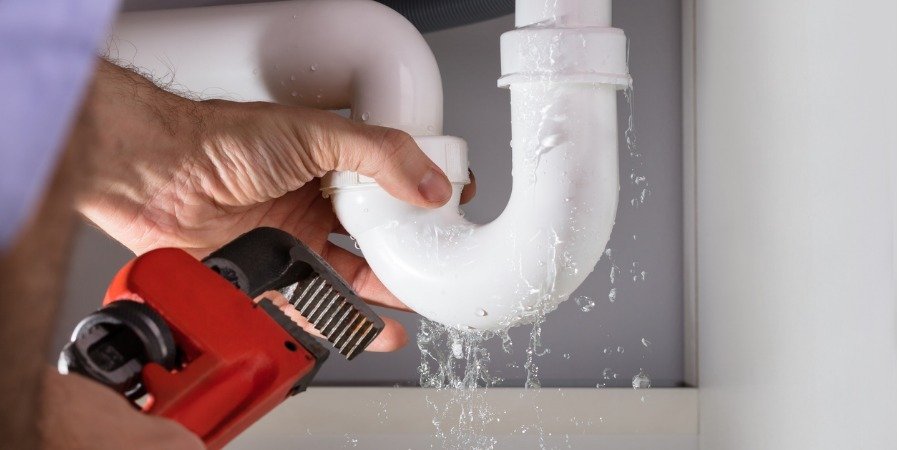 Plumbers Should Clean Up After Themselves

Most professional plumbers will clean up after themselves. A majority of them do, but there are some bad apples. Plumbers charge large amounts of money.  And because of this some people take it onto themselves to fix the issue, or at least attempt doing so. Because they charge so much you’d assume they would clean up after themselves, but some don’t. The good plumbers will, but the bad ones will leave the scene of the incident dirtier than it was before. If you’ve ever lived at an apartment with terrible maintenance and plumbers. Then you may have experienced a bad plumber. Good plumbers aim to leave the scene of the issue cleaner than before they came.

What If The Plumber You Hired Doesn’t Clean Up After Themselves?

If you’re planning on hiring a plumber, then make sure you take pictures of the scene of the issue. You can use the picture as insurance. If you’re hiring from a company of plumbers and the plumber they send leaves a mess. Then contact the management of that company and use the before and after pictures as a means of proof. Some company’s may have a policy where their plumbers don’t have to clean up after themselves. If they don’t apologize and offer some sort of reimbursement, then take your complaints to yelp or some other place you can review the company. The least you could do is help other individuals make a better decision about whom they’ll hire to fix their plumbing issues. If enough people make complaints, then the company will make a change.

They Won’t Clean Up After You

Although the good plumber will strive to make the scene of the issue cleaner than when they arrived, they won’t clean up your messes. Some people forget that a plumber’s job is to fix things. Yes, they should clean after themselves, but don’t expect them to do your dirty laundry on your bathroom floor too. If you hire a plumber to fix a busted sewage pipe that caused sewage to pour over your basement floor, then only expect them to fix the pipe. Unless you’re hiring a special plumber that’ll do both for you shouldn’t expect it. Most plumbers come with repair supplies and not cleaning ones.

How To Hire The Right Plumber

If you want to make sure that the plumber you’re hiring will clean up after themselves. Then you may have to do a lot of research, but this section will help you hire the right one for you. You may have an emergency (i.e. a burst pipe), your options for selecting a plumber or plumbing company will be limited. If you’re in an apartment, then call your emergency maintenance number. But if it’s an emergency in a building you own, then know that you may be charged additional fees. Sometimes you’ll have to settle for an emergency choice. However make sure to take pictures and report if they don’t clean after themselves. For those that have the choice of their plumbers, the first thing you’ll want to do is look up your local plumbers. After you’ve acquired your list of plumbers. Make sure to look up their company through google reviews, yelp, or any other site they might be reviewed on. For companies without review, it may be better to not hire them. You want to make sure the plumber you’re hiring is trusted. Be sure to read at least three to five reviews, so you know if they’re good or not. Once you’ve narrowed down the plumber or plumbers you want to hire. The next step is to call and get a quote. Compare all the quotes you have and use them to decide which is best for you.

Plumbers should clean up after themselves, but there’re plenty that don’t. With that in mind try and to hire the best one for you by doing research. If you have to make a quick choice, then make sure you take pictures before and after. Use them as insurance in case the plumber doesn’t clean. Plumbers don’t have a great stigma around their title, but don’t assume they’re all bad because of that. If you do research on who you’re hiring, then you should have no issues. Hopefully this article has better educated you on whether or not plumbers clean up after themselves. And leaving the cleaning of sewage back ups to professionals like us. Call Dry Effect!

Previous Post:How To Save Water Damaged Hardwood Floors
Next Post:Can You Get Sick From Mold In Your House?